USA Wrestling is sad to report that John Carlson, who has been active with USA Wrestling at many levels and has been a leader within Arizona wrestling, passed away on Saturday.

“John was one of the kindest and most thoughtful people in our sport. That shouldn’t overshadow his contributions, though, as John was a longtime leader in our sport. I think his legacy is most tied to his involvement in USA Wrestling weights and weigh-in procedures for the grassroots level, something that impacted thousands of wrestlers every year. John was always concerned about the health and safety of our wrestlers,” said Tony Black, USA Wrestling Director of State Services.

Carlson lost a leg to cancer a year ago, and continued his active support of wrestling since then.

“I lost my leg to cancer and I think the sport of wrestling is what keeps me going – both attending matches and what it’s taught me. No one is going to feel sorry for me or do it for me, I have to do it myself,” he said this year in an interview with Arizona State University.

Carlson served on a number of USA Wrestling Committees, including the National Junior Executive Council and a Western Regional representative at the Junior level. He was named 2009 USA Wrestling Junior Person of the Year.

He has been a leader and supporter of Arizona USA Wrestling for many years, serving on its Board. He also served as Arizona’s Cultural Exchange Director for more than two decades, setting up numerous international tours. Carlson served as Team Leader for the 1995 Junior World freestyle team.

He was the head wrestling coach at Chandler High School from 1974-1991. His team won state titles in 1989 and 1990. Carlson was inducted into the Arizona Coaches Association Hall of Fame in 1995. He was a gold-level coach in USA Wrestling’s National Coaches Education Program. He was a member of the Arizona Coaches Association for more than three decades.

Carlson also had a long career as a sports administrator, serving over 20 years as the athletic director for the Chandler Unified School District. He served as president of the Arizona Interscholastic Athletic Administrators Association. He received the NFHS Citation from the National Federation of State High School Associations, a national award given for contributions to interscholastic athletics.

A graduate of Arizona State in 1969, Carlson was a member of a WAC championship wrestling team for the Sun Devils. He remained involved with the ASU wrestling program for nearly 50 years, serving as the team’s scorekeeper and as an active alumni. He received a Lifetime Service Award from Arizona State wrestling in January this year.

“The sport of wrestling teaches you a lot about yourself. It’s not like a lot of sports where you can blame it on the person next to you – they didn’t pass me the ball – it’s all on you. It’s done a lot for me – it’s made me a go-getter,” said Carlson.

According to AZCentral.com, he is survived by his wife of 44 years Carol, son Chris, daughter-in-law Gina. 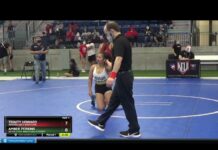 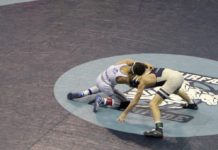 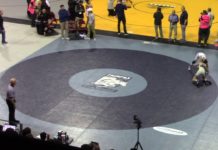 What’s New in the Forum?